You’ve found it! What looks like one of the best MLM compensation plans ever! You watch the video and see a ton of referrals flowing up to you from your downline. The dollar signs begin to spin like slot machine wheels behind your eyes.

But wait a second…

Before YOU get to the top of the pyramid, YOU will be the one who has to pass up referrals to YOUR upline. You will lose every commission that those referral generate and everybody in the downline of those “pass-ups” whom YOU referred into the business.

How do you feel about that?

A Closer Look At “Pass Up” Comp Plans

Let’s say you join a program that “passes up” your second and fourth referrals.

You work hard to promote the program and you get your first referral! Great! It’s a pity that the referral never upgrades and is completely passive, but at least you’ve got started!

You keep on promoting the program and eventually get your second referral. Congratulations! It’s a pity she’s passed up to your upline because she upgraded!

Wow! You did the work and got zero commissions. Congratulations!

What if she’s a super affiliate? You just built your upline several generations of downline. Nice work!

You almost feel happy when, a month later, she decides to quit and drops out of the system.

Then you refer your third affiliate, someone who is keen to upgrade in the program. Finally, a commission is coming your way… isn’t it?

Not so fast, Buster!

The Dirty Secret Nobody Tells You…

When your second affiliate dropped out, it left a gap in the #2 slot which your third referral just filled. So that one gets passed up too!

Yes, I know it sucks, but look, there are only TWO people in your current organisation; your sleeping first referral, and your third referral who the system drops into second place and automatically passes up.

That’s what NOBODY thinks about when they join a program with a pass-up compensation plan.

It’s the dirty secret of pass up comp plans!

All people see before they join is themselves at the top of the pyramid (like the video shows you) and referrals passing up to them! It’s a compelling image, to be sure…

The TRUTH is that about 95% of Internet marketers never refer people fast enough to benefit from pass-ups. So they never make any money at all from the program. More likely, they lose money on membership and advertising expenses.

Actually, the only people who make any money out of pass-up referral systems are the program owners and a handful of super-affiliates at the top of the tree.

So the best MLM compensation plans are NEVER pass-up plans because they are DESIGNED to funnel money up to the program owner.

The best MLM compensation plans do NOT steal your referrals and commissions. You should be able to keep and benefit from every single referral you refer.

My Experience With A Pass Up Comp Plan

A few years ago, a business-building program I was working with switched over from a straightforward compensation plan (where you kept everybody you referred and earned commissions on two or three levels) to a pass-up plan.

The plan looked good on the video, and I was already fairly experienced as an Internet marketer, so I expected to benefit from the new system.

However, what I found was that it was a tough call to refer enough ACTIVE and COMMITTED affiliates into the first five or six slots so that I could build a solid team. Whenever #2 or #4 quit, the system automatically allocated my NEXT referral to my upline.

That was not what I had anticipated!

It was difficult enough for me to get anywhere with the program. Even worse, I KNEW it would be even tougher for my less-experienced referrals.

I felt BAD about promoting a program that I was sure would cause my active referrals to LOSE money.

I want to BUILD a TEAM, and the best way to do that is to help people generate income, NOT pull them into a plan that ensures they will lose referrals and commissions (just so I can gain from them).

I Create My Own NON-Pass-Up Business Builder Program!

So, even though the product was very well designed, I quit the program and created my own business-building system – EliteDownlineBuilder.com – and work exclusively with five programs whose compensation plans do NOT pass up referrals.

Don’t Feel Bad If You Fell For A Pass-Up Comp Plan!

Don’t feel bad if you’ve been sucked into a program on the illusory attraction of its “pass up” compensation plan. Those plans are cleverly presented and SEEM very attractive until you actually try and work with them.

Most people only find out how bad they are after they’ve joined..

Remember, the best MLM compensation plans do NOT pass up referrals. Look carefully at the compensation plan as well as the products and services BEFORE you join. You’ll save yourself a lot of time and money.

P. S. Check out my business-builder, EliteDownlineBuilder.com – a system that only works with legitimate, tried and tested programs that you can trust. 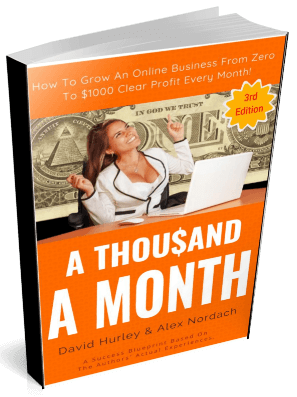